The Business Reasons to Take a Vacation 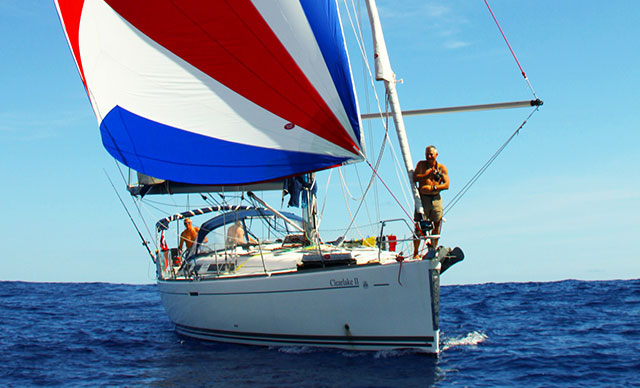 In this connected age, people have different definitions for vacation or different strategies for how they go about taking time away from work.

Some people remain loosely plugged in to the office, with scheduled check-ins by phone, even if from a beach chair on some warmer shore. Some continue to monitor and respond to email, keeping projects on schedule. Some unplug completely, leaving explicit instructions for others and leaving their mobile devices off.

Technology may have changed the way workers vacation, for better or worse. “In this day and age, with technology, you think you have to be plugged in at all times,” said Byron Hebert, CPA, director of entrepreneurial advisory services at PKF Texas, a CPA firm in Houston. “You’re never really off.”

What hasn’t changed is that there is a business need to take vacation, even if it’s a few three-day weekends at a time.

There are reasons aplenty: to avoid burnout, to come back to work refreshed, or to spend time with loved ones who might have been neglected during busy season or a time-consuming project.

What some organizations are starting to understand is this: Taking time off is better for business in the long run. Here are six business reasons employees—from the C-suite to the assembly line, from managing partner to entry-level accountant—should take regular vacations.

They set expectations for how vacationers should be treated

The leader who sets the expectation that he or she is not going to check in with the office is showing that others should feel free to disconnect during their vacation.

“I don’t believe you can truly refresh if you are still connected,” said Tim Jipping, CPA, CGMA, a senior manager at Plante Moran in Chicago. “Checking email on vacation is a difficult habit to break. Setting boundaries and communicating those boundaries and living up to them—if you don’t check email while you are on vacation, people will figure that out, and they won’t expect you to.”

Those sorts of expectations can help build an organization’s culture—that vacation is not frowned upon and it’s not to be interrupted.

Employees are, more than ever, seeking balance between work and home life. That includes the ability to take time off. “Any company that promotes and encourages life/work balance is going to be a preferred company to work for in the future,” Hebert said. “If you have an organization that’s a good place to work and recognizes life/work balance, then you’re liable to attract better talent.”

Americans in particular are not good at taking their allotted vacation: 41% leave some vacation days unused, according to a 2016 survey by Project: Time Off, an initiative created by the U.S. Travel Association to promote vacation.

An earlier survey by Project: Time Off and Oxford Economics showed that the amount of paid time off taken by U.S. workers had declined from 20 days in 2000 to 16 days in 2013. American workers are averaging five unused days of paid time off per year, and not taking vacation isn’t helping them. The report found that those who left some PTO unused were not more likely to earn a raise or bonus than those who took all their time off.

Managers who take vacation set the standard that employees should take vacation. The Project: Time Off surveys show what many of us already know: When we don’t take vacation, our work ends up suffering.

Research shows residual effects on workers who fail to take scheduled time off—and on their co-workers. That failure has the potential to lead to worker burnout, which can produce more unscheduled absences. Those types of absences cost companies more money than planned time off.

In a study by Kronos and the Society for Human Resource Management in 2014, 69% of workers said that unplanned absences of others added to their workload, 61% said they increased stress, and 48% said they hurt employee morale.

Studies show that working long hours can lead to health problems and can bring on sleeplessness, more consumption of alcohol, and depression. “Long working hours may have a negative effect on cognitive performance in middle age,” one study concluded.

And then there’s the anecdotal evidence that workers know when they’re in need of a break.

“I definitely have noticed that my productivity changes when I haven’t had a vacation in a while,” said Kam Karamshahi, CPA/CITP, CGMA, managing member at Rise Consulting Group in La Jolla, Calif. “It’s usually to the negative, and you tend to slowly burn out. What happens is you look at your work, and it’s just something that you’re doing. You may not feel as passionate about it if you haven’t taken time off in a while and had the opportunity to clear your head.”

Karamshahi admits that part of his reluctance to take vacation is fearing a backlog of work when he returns. But he admits that the break is worth it. He recalled taking extended vacations during his days in public accounting—right after tax season.

“I would come back truly reenergized,” he said. “I was excited to work with a client or take on new projects and actually look at solutions to existing problems. [Taking a vacation] is not just about coming back and getting more work done. You’re able to look at things differently. You come back to the office with a renewed vision.”

Some regulatory bodies recommend that employees take two consecutive weeks of vacation and that workers’ tasks be handed over to peers. The FDIC and the SEC are two regulatory bodies that have made statements about vacation guidelines. FDIC guidance says that mandatory vacation rules “are highly effective in preventing embezzlements, which usually require a perpetrator’s ongoing presence to manipulate records, respond to inquiries, and otherwise prevent detection.”

Organizations that implement mandatory vacation or job rotation policies are less likely to be victims of fraud, according to the Association of Certified Fraud Examiners (ACFE). In its 2016 Report to the Nations on Occupational Fraud and Abuse, the ACFE said that the median amount lost to fraud was reduced 47.6% in instances where organizations had a vacation or job rotation control in place, and the length of time the fraud continued was 44.4% shorter when such a control was in place.

Hebert said the issue is not as big as it used to be because of such policy changes. But organizations that allow staff to accrue months of vacation time over many years will take a hit when a worker leaves and is paid for the accrued months.

How to prepare for your vacation

Some workers who don’t take all their allotted vacation time cite having too much work to do upon return as a reason not to take time off in the first place. Here are some tips from CPAs to prepare for vacation.

Create your prioritized to-do list: Pauline Le, CPA, CGMA, vice president of finance at Birkman International in Houston, writes a task list three business days before a vacation, and that list is stuck to her computer monitor, greeting her each morning. She puts time-consuming tasks (e.g., reviewing complex contracts with legal counsel) above simple ones (e.g., setting an out-of-office email message) that must be taken care of before she leaves.

Set expectations with your out-of-office email: Most people know to set an out-of-office message, but consider what you will say in the email. For instance, Tori Blake, CPA, practice leader at Allied Global Services in Lenexa, Kan., suggested that professionals consider auto-forwarding email to a trusted colleague. That way, certain requests are getting to others in your organization, and your inbox is not as full when you return.

Communicate well in advance, down and up: Le has a three-pronged strategy that includes communication with direct reports, fellow vice presidents, and her supervisor. In the weeks leading up to a vacation, she meets with direct reports to delegate tasks. “Team members are instructed to reach me in case of emergency but should know what to do in my absence,” Le said. She briefs other VPs on topics that her staff can handle while she’s away. With her manager, Le schedules a meeting for a day or so before vacation to provide an update about what has been delegated and what should be accomplished when she’s gone.

Establish a protocol for acceptable methods and reasons for contact during vacation: For instance, give a phone number where you can be reached to a few people, and stress that the number is to be called only for work emergencies. Sean Stein Smith, CPA, CGMA, DBA, an assistant professor at Rutgers University—Camden, said that act alone, setting the expectation that you’ll be unplugged, helps reduce stress because you won’t get the constant barrage of email. Blake recommended turning off email to your phone while on vacation.

How one CPA’s 6-week vacation changed his life

Byron Hebert, CPA, had rarely taken a vacation longer than seven days when he received an invitation from a friend in England. The proposal: Take six weeks off in November 2011 to sail from the western edge of Europe, across the Atlantic Ocean to St. Lucia in the Caribbean Sea.

“I was the only American, so I was the wild card,” Hebert said. “The only people [in the U.S.] who can take six weeks off are either self-employed or unemployed. But my partners encouraged me to go, and I changed after that. My focus was better. I came back renewed.”

Not only did Hebert feel refreshed, but he also felt free and ended up taking on a new, more strategic role at his firm, PKF Texas. The trip, he said, emboldened him to take on more-challenging projects.

“Having had that adventure, I wanted to make my career as fun and as adventurous as the trip,” Hebert said. “I started ‘playing to win’ instead of ‘playing not to lose.’ ”

“I came back and frankly had less fear about giving up some things that I had held on to for a long time, such as some of the financial reporting requirements that I was still hanging on to,” Hebert said. “I needed to let go.”

His staff was given instructions, but in general they were left to carry out ongoing monthly accounting duties. “They rose to the occasion,” Hebert said. “Some issues came up that could wait, or they were just handled, which was a growth opportunity for [the staff].”

Hebert said the firm’s leaders embraced his taking the trip, at a traditionally slower time of the year for the firm. Another partner, a “hard charger” in Hebert’s words, later took four weeks away from the office in Colorado, working some mornings remotely. That partner followed Hebert’s example.

“I certainly think I broke the ice on that, a partner taking six weeks off,” he said.

Hebert is still seven years from official retirement, but he plans to take another longer vacation before he leaves the firm. Those plans involve sailing with his wife, but they do not include a specific itinerary other than heading toward the mainland of Florida. “Then on to the Keys and the Bahamas,” Hebert said. “Then wherever the wind takes us.”

About the author
Neil Amato is a JofA senior editor. To comment on this article or to suggest an idea for another article, contact him at Neil.Amato@aicpa-cima.com or 919-402-2187.

What Is an Audit?